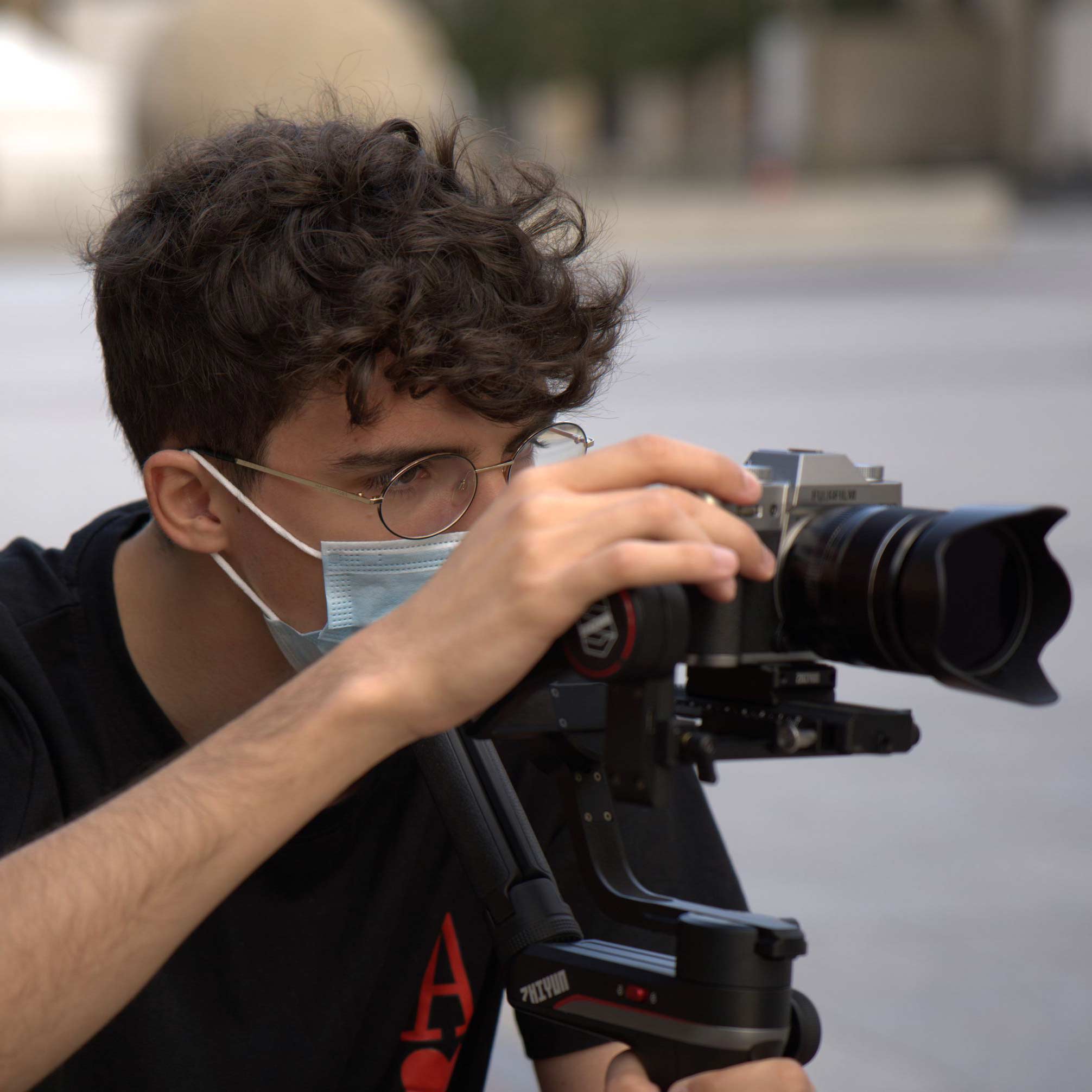 I was born and grew in Zaragoza, trying out different ways to express myself (drawing, writing, bothering my close family) until I found out the filming world had what I was looking for. I did Film and TV Studies, and after some experience as an scholar (I refused an scholarship in a national award winning movie thanks to my lack of future vision) I was admitted for work with a producer in Malta.

A promising future that was gonna start in April 2020. A minot thing you might’ve heard of happened: a pandemic, whose name I can’t recall and isn’t at all still going, kept me in Spain. At least I managed to enter in MotorLand Aragón (international motorsport circuit) as part of their audiovisual team at the end of that year. Busy months in which we worked with enterprises like La Sexta or Eurosport, as well as finding out about which MotoGP pilots can’t distinguish between a cameraman and a paparazzi.

After MotorLand I decided that getting paid fairly isn’t my jam and went freelance. Since then I’ve worked with clients like Heraldo de Aragón, D.O. Campo de Borja and Ibercaja CCOO. Right now I’m working as a freelance video editor while looking for new potential clients.

This website uses cookies to improve your experience while you navigate through the website. Out of these, the cookies that are categorized as necessary are stored on your browser as they are essential for the working of basic functionalities of the website. We also use third-party cookies that help us analyze and understand how you use this website. These cookies will be stored in your browser only with your consent. You also have the option to opt-out of these cookies. But opting out of some of these cookies may affect your browsing experience.
SAVE & ACCEPT